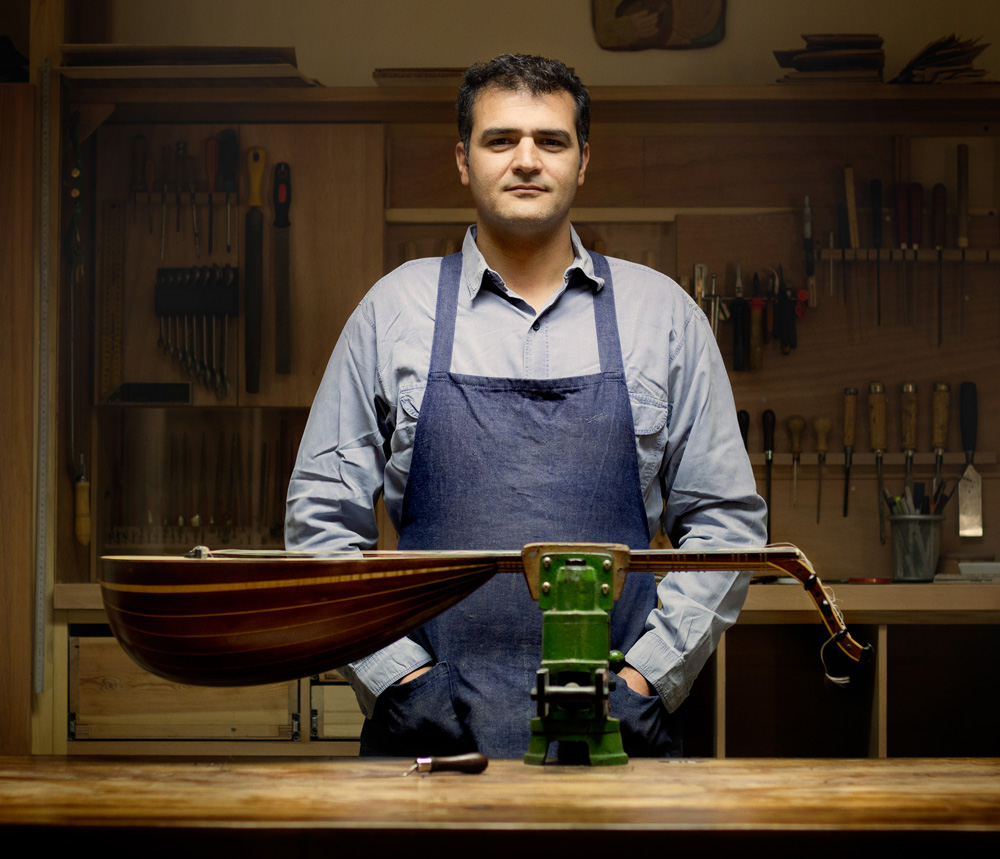 Christos Tofas was born in Filia Morfu, Cyprus, in 1973 and came to Athens to study at the School of Philosophy of the National Capodistrian University of Athens in 1992.

While simultaneously working professionally as a musician, he tried his hand at repairing and making musical instruments for fellow musicians. Very soon, he realised that he would like instrument making to be his professional endeavour. Master instrument players encouraged him as they detected his talent from the very beginning.

Well-known and acclaimed musicians in Greece and abroad choose and use instruments designed and made by Christos Tofas. One of them, great master of the lute Christos Zotos, ceded his famous lute to the Museum of Fine Arts in Boston, Department of Musical Instruments. Obtaining and including this instrument in the Museum’s great collection of musical instruments from around the world has been a great honour and appreciation of Christos Tofas’s luthiery. Το corroborate this, the Greek Institute awarded him with the prize of recognition of his outstanding skills in April 2019 in Boston.